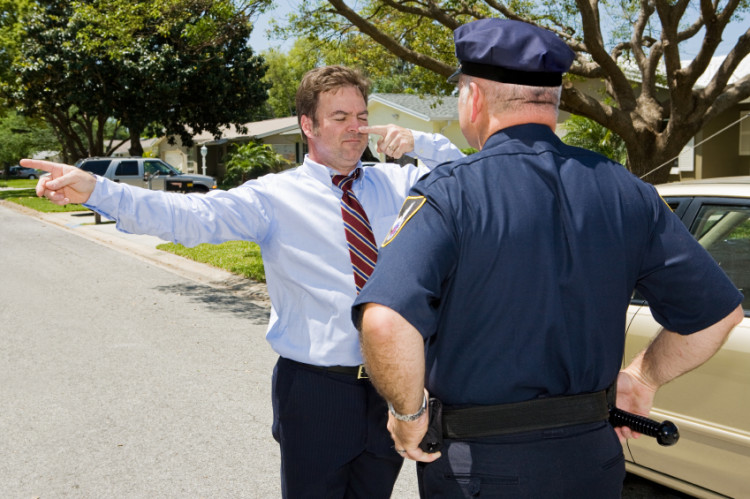 The primary tool police use when making a DWI or DUI arrest is the field sobriety test.Columbus, Ohio DUI attorney Peter J. Binning is trained and knows how to defend you against a DWI, DUI, or OVI case. Contact us right now for a free consultation.

1. Are you aware of what will make you actually “fail” these tests, giving the officer a reason to arrest you.
2. Were you told by the officer that you are under no legal requirement to take the field sobriety tests before you asked him? Why wouldn’t he tell you about your rights prior to instructing you on how to perform these tests?
3. Was any information left out by the officer when you were being instructed on the tests? How would you even know?
4. Do you know how many causes there are for Nystagmus besides alcohol-related? (This is what they are testing your eyes for, known as HGN)
5. Was standardized protocol followed when the officer administered the field sobriety tests or was the validity of the results compromised? How would you know?

FIELD SOBRIETY TESTS ARE NOT SCIENTIFIC – The original “studies” for these field sobriety tests were performed by individuals with an interest in getting these so-called tests accepted by law enforcement agencies. The creators have profited ever since.

THE OFFICER WAS NOT PROPERLY TRAINED TO GIVE THE TESTS AND PERFORMS THEM INCORRECTLY – Police officers are typically trained in a classroom by their friends and colleagues. They are required to pass a test in order to be able to tell a Judge they are “certified” to administer standardized field sobriety tests. Despite nearly every officer that I’ve crossed paths with being an “expert,” it does not mean they performed the testing properly and in your defense, we can attack the video performance in court, in front of the jury, to discredit the evidence.

THE OFFICER DID NOT USE STANDARDIZED NHTSA TESTS – As an SFST instructor, I review the performance of the arresting officer in every one of my cases to determine whether the correct tests were administered.

THE OFFICER DID NOT PROPERLY INSTRUCT YOU ON HOW TO PERFORM THE TESTS – Did the arresting officer follow the Standardized Protocol while demonstrating and explaining the tests to you?

THE OFFICER DID NOT USE OBJECTIVE STANDARDIZED SCORING CRITERIA – Did the arresting officer follow the Standardized Protocol while judging your performance on these field sobriety tests?

THE OFFICER HAD YOU PERFORM THE TESTS UNDER IMPROPER CONDITIONS – Were there environmental factors that inhibited or interfered with you during the performance of the field sobriety tests?

YOUR AGE OR WEIGHT MAKE YOU AN IMPROPER CANDIDATE FOR TESTS – If you are fifty pounds over your recommended weight or over 65 years of age, you should never be required to perform any field sobriety tests.

YOU HAVE A PHYSICAL DISABILITY THAT MAKES YOU AN IMPROPER CANDIDATE FOR THE TESTS – Are there any specific reasons why you would not be qualified to attempt field sobriety tests – medical, personal, injuries, or physical limitations?

YOU HAVE A PSYCHOLOGICAL CONDITION THAT MAKES YOU AN IMPROPER CANDIDATE FOR THE TESTS – For example, a phobia of tests, anxiety, fear of police, fear of performance-related tasks, depression, emotional trauma, and post-traumatic stress disorder should disqualify you from taking field sobriety tests. The officers will not tell you this on the side of the road.

THE OFFICER LIED ABOUT YOUR PERFORMANCE ON THE TESTS – Either outright lie or a very slanted and subjective version of your performance.
If you are in need of a highly skilled and experienced Columbus, Ohio attorney, contact us right now for a free, no obligation consultation. We have the training and experience to challenge the officer’s administration of the field sobriety tests, and will fight vigorously for your rights. Contact us right now.